Request your complementary 20-minute consultation today (via Phone or Zoom)

My highest value is freedom, but it took me many decades to realize that freedom is an inner state of being. To be free, you must identify your true Self and know it is always free. It helps to have a guide who will ask you the questions that lead to inner illumination.

I led a sit-down strike in nursery school

Of course, I was only four years old, so my memory of it comes from my mother’s retelling of it. Apparently, one day I stayed seated when my class was instructed to stand and say the Pledge of Allegiance. By the end of the week, the entire nursery school class at St. Paul’s Methodist Church was sitting and refusing to comply. My mother got a phone call from the school asking if something was wrong at home. My mother asked if they had explained to me why we say the Pledge. After they explained it to me, I stood and recited the Pledge and the whole class joined me. I still don’t like the Pledge of Allegiance. I do value freedom, liberty, and the pursuit of creativity. But I don’t pledge muy allegiance to a fictitious corporation.

At age 8, I decided there was no God

Sitting in a school assemby in the gymnasium, singing Silver Bells, I decided there was no God. I was raised with the Old Testament God and had a picture of an old man in the clouds with a white beard, judging and intervening in the affairs of men, women, and children from afar. My mother had been bed ridden with back pain since I was 4 years old and surgeries only made her worse. I decided that if there was a God, he wouldn’t allow my mom to suffer so much. So, naturally there couldn’t be a God.

This left me to fend for myself in a cold, uncaring world.

Armed with my rebellious nature and fierce determination, I went to the University of Virginia, and received a double major in Cultural Anthropology and International Relations with a focus on the Middle East. I moved to D.C. and worked for two U.S. Senators. I did marketing for a computer training firm. Then I decided to shift into strategy consulting so got my MBA in finance from Carnegie Mellon, partially financing it with a scholarship, “The Best Woman Student in Finance”.

I got married and was making six-figures by the time I was 27. I worked for two strategy consulting firms and started a logistics company, with an impressive board, including the formed COO of the worldwide 7-eleven chain.

But happiness and contentment eluded me. I followed society’s recipe for success and happiness, and while I was a “success” by society’s values, I was not happy. I felt empty inside. It felt like my inner fire was about to be extinguished. I had my mid-life crisis early.

Creating a Life in Alignment with My Values

I decided to start a consulting firm with two other women to help companies create healthy cultures. I’d seen enough of the misery of Fortune 50 companies. At this time, in 2000, I got certified as a professional and personal coach by the Newfield Network. I did it for personal growth as I was determined to grow through a divorce. I didn’t expect that coaching would come so naturally to me or that it would be so invaluable.

When you tear up the foundation of your life and re-build it on your own values, it is a scary and exhilarating experience. Whenever I saw my Carnegie Mellon friends, they would tell me that I looked and seemed a lot different. My inner fire was burning strong. I dedicated myself to helping mission-driven companies grow and business owners and leaders thrive.

Having Children Changed Everything

I never would have gotten into homeschooling and then building alternatives to school if I hadn’t had two beautiful daughters. I decided when I was pregnant with my first child, that I didn’t want her to suffer through school like I had. God has a way of guiding us and I read John Taylor Gatto’s acceptance speech for NYC teacher of the year while pregnant. I didn’t know until then that unschooling was an option.

Over the course of the past 20 years, I home educated my oldest daughter K-12 and she got a free ride to the college of her choice. She tried it for a semester, decided it was a waste of time, and is now building her own business.

I co-founded a Sudbury school in North Carolina, started a self-directed learning center in California, consulted to SelfDesign for 10 years and co-created a global coaching program for homeschooling families. I also tried to start two self-directed education charter schools in California for SelfDesign and got $500,000 in start-up grants from the U.S. Department of Education but couldn’t get them authorized.

Caprice Lea has been a certified Personal and Professional Coach (CPPM) since 2000, having received her coaching training from the Newfield Network.

She has an MBA in finance from Carnegie Mellon and BAs in Cultural Anthropology and International Relations from the University of Virginia.

Before she left the corporate world in 1998, she worked for two boutique consulting firms and two U.S. Senators. Past clients include individuals and teams from IBM, Xerox, AT&T, Marriott, Ford Motor Company, University of California, Market-Bridge, Awakening Wisdom, and Alma Education International.

She co-founded a Sudbury school, started a self-directed learning center, got $500,000 to start K-12 two charter schools, co-created a global coaching program for homeschooling families, and home educated her daughters.

Now is the best time to create your own venture outside of the matrix and the very best time to home education your children. If you feel any fear or hesitation, consider taking one of my online courses or scheduling a coaching session with me. 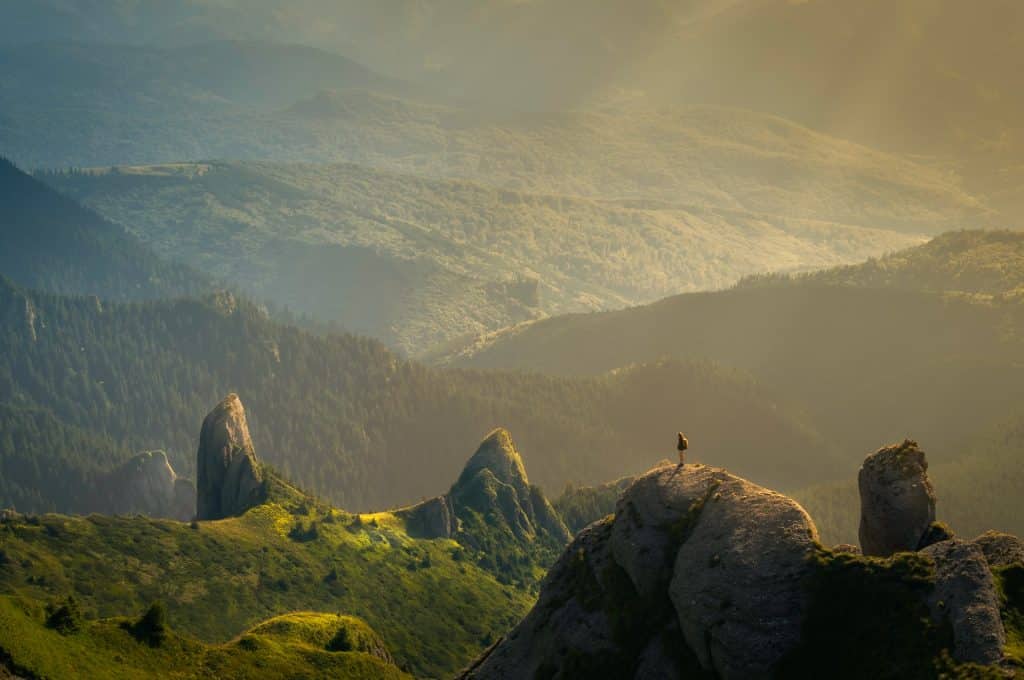 A Note from Caprice

I have been a certified Personal and Professional Coach since 2000. I chose this path after getting an MBA in finance from Carnegie Mellon University and discovering that there was nothing I could achieve or acquire in the outside world that would give me lasting peace or fulfillment. A six-figure salary was not the key to happiness.

If you are feeling stuck, confused, or uninspired, it’s time to re-discover who you really are and live your truth.

When you realize that all of society’s institutions (including school, government, and mainstream media) have been purposefully designed to keep you spiritually ignorant and economically enslaved, you will be filled with a renewed sense of purpose and commitment to freeing yourself and building a world that we want to live in without the man-made chaos that has ruled humanity.

The key is not to dwell in anger or fear when you see that the world is currently being run by psychopaths who have lost connection with divine intelligence.

What do you value? What do you love? Do you truly value and love your career or business? Are you saying HELL YES to everything in your life?

You have been programmed with survival consciousness. Our entire society is run by it. You cannot realize your dreams or magnetize miracles when you are operating at this level. It’s time to replace your fear-based survival operating system with one that allows you to thrive. Learn how to invoke protection, abundance and joy.

Interested in living in a whole new joyful, peaceful way?

Powerful! What a gift Caprice’s coaching is. Her experience in the corporate world is invaluable – she is a great sounding board for tough business challenges.​

Her style is such that she can expertly pull out of you the answers and path that are true for you and your situation. ​

Caprice’s guidance provided the boost I needed to ‘walk taller’, with more confidence in myself. Thank you Caprice!​

Caprice is a delight to work with and is continually positive, proactive, and delivers high-quality results on time and in the stated budget. Her leadership style is collaborative and inclusive, bringing out the best in all team members. She challenges and supports team members to continually learn, grow, and exceed their own personal expectations.

Thank you for facilitating our strategic planning retreat. Since most of the participants are trained facilitators, we are not an easy group to lead or facilitate. You managed the group and the task incredibly well. You also created a safe environment and encouraged each participant to air concerns that might have turned into stumbling blocks in the next few months if they had not been addressed.

Caprice is a very creative and capable person who brings both highly evolved intellectual capacities and well-developed emotional intelligence to whatever she does.

She recognizes and understands complex systems well and can create and facilitate elegant, effective activities and programs within complex systems. She is also possessed of evolved leadership skills so that she can successfully lead a variety of teams flexibly and efficiently in a way that brings out the best in her colleagues and supporters.

Caprice is both a visionary and a pragmatist. She has that rare combination both of seeing potentialities and possibilities and of attending to the essential details and routines that every project eventually demands. She was always reliable, responsible, creative, a leader and a team player.

I was continually impressed with Caprice’s leadership, tenacity, resourcefulness, and public speaking skills.

She demonstrated true entrepreneurship and a broad base of skills in finance, operations, marketing, and fundraising. Not only is Caprice highly professional, she is also caring and personable.

Caprice handled extremely sensitive concerns with discretion and good judgment. Her ability to frame and quantify complex issues helped us to put together a plan that was both simple and actionable. She did a tremendous amount of work in a short period of time. She helped me to realize the importance of people and the “softer” issues of running a business. I recommend Caprice’s work to other companies without hesitation.